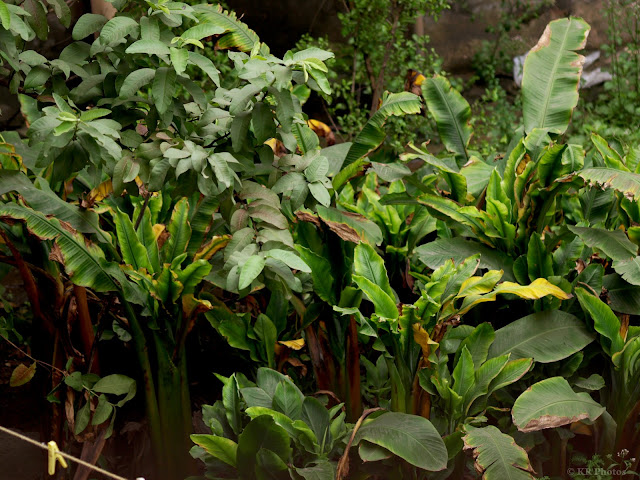 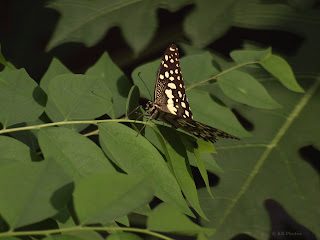 Even I have been doing such a mistake, until one fine day things changed all of a sudden. The backyard started looking very beautiful and lively. It always used to have lots of flowering shrubs, some plants that bear colourful flowers, mango trees, squirrels playing in those mango trees and in the backyard, pigeons in neighbouring buildings and not to mention the numerous butterflies happily moving around (that reminds me of something that I read somewhere lately – the eco health of a place can be determined by the availability of butterflies in that place). But I have never bothered to stop and watch all these activities.
One day, some couple of months ago, when I was just getting up in the morning around 6:30 or 7:00 I heard some different sounds. Usually it will be chirping of the squirrels, but this was different. Without getting out of the bed I just looked out of the window and saw some Mynas have come to the mango tree in the backyard. This was new. Usually we used to see only crows perched on the branch of the mango tree waiting for the food that we and most of our neighbours keep for them. But I was a bit good to see some Mynas. Still I was not much excited because of two reasons. One, I have seen quite a few Mynas. Secondly, since I was still sleepy, I did not realize that though I have see lots of Mynas I have not seen any behind my house.
I continued with my routine without much bothering about the backyard and the activities in it. Two weeks later, around the same time in the morning, I was once again woken up by a strange call. No, it is not the Myna this time, the sound was very different. This time, I really jumped out of the bed and stared outside the window. The sound was coming from the mango tree behind and initially I could not see any thing clearly, except for a couple of crows in a branch. Certainly the sound was not their’s. I went to my other room from the bedroom to get another angle of the branch. 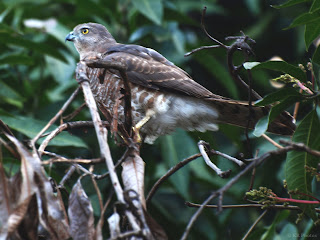 From this angle I could see something grey jump from one branch to another, but was not clear what it was, since the tree had thick foliage and covered the bird. One thing that surprised me is that when this bird jumped from one branch to another, the crows nearby jumped away to a distance out of fear. It was very clear that it was some large bird, but still could not see anything.
I held my ground without making any movements. I was able to hear the sound of this new bird but could not see it. After stalking it for about 5 minutes, the bird made another movement and came out of its hiding and perched on a outer branch. This time it was very much visible and I was surprised to see that it was a Shikra!!!
Never in the 26 years of living in Annanagar, a posh residential place, at the heart of Chennai, have I seen a Shikra. I was watching for sometime and I did not want to make a move since I wanted to observe it and be really sure that it is a Shikra indeed. The bird was there only for a couple of minutes and then flew away. I really felt bad that I did not pull out the camera to take a snap of the bird. 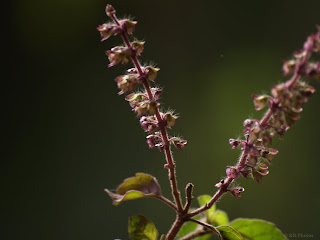 The same night, before going to the bed, I took out my Olympus E510 and loaded the 70-300mm lens and kept it ready, just in case the bird arrived again. The next morning I was up by 6:00am itself to make sure I was not missing out anything. Without any disappointment, I did hear the call of the Shikra and was ready with the camera by the side of the window. When I saw the bird perched on the same branch like the previous day, I immediately took a couple of photos. Since the tree was within 20 feet from the the window, the bird clearly heard the noise of the camera clicking and sensed some sort of danger and took off.
Though the bird never returned after that, I nowadays, never fail to stand by the window and watch the activities in the backyard and take some occasional photos. Of course, parents do sometimes laugh at me for standing by the window and staring outside, but I do not mind about that.
So guys, have you ever spent time watching your backyard and the activities going on? If you are nature lover, do not ignore your backyard as who knows; it could hold lot of beautiful things. Unless you look for something you won’t see it!

Here are some Backyard Photos. These were taken from the balcony of my house in first floor, over a period of time! 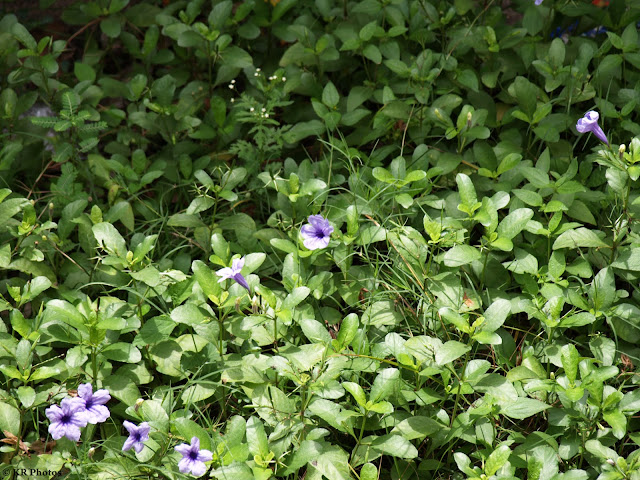 Posted by Trails of a Traveler at Saturday, January 30, 2010

I enjoyed reading of your discovery that your backyard contains treasures worth photographing. It is exciting to discover new wildlife literally in your own backyard.

I have taken many photographs in my backyard and in my neighborhood. I wish there were an easy way for me to show you the blog posts that showcased photographs that were taken only in my backyard. I don't have a tag for "home". However, if you go to my blog and click on the tag "Warren Pennsylvania", you will find blog posts of my hometown, many of which contain photographs taken in my back yard.

Your talk of myna birds made me remember that my husband videotaped a myna bird a while ago. It was in Niagara Falls, Canada. Bob would say "what" and the bird would repeat "what". If you would like to watch the short video, you may do so at this address: http://www.flickr.com/photos/pa_shutterbug/3068161682/in/set-72157610377735968/

I am happy that you emailed me to look at your blog post. I am subscribed to your blog posts; however, your new posts are not showing up in my "Must Read" folder that I set up in Google Reader. I will have to investigate why this is not happening. I don't want to miss your blog posts.

@Deepa: Thanks a lot for the comments and your tips on birding.

@Linda: I will check your post. Nothing to worry, if my blog does not show up, I will keep mailing you as and when I post!
Thanks for your comments

fantastic Ram, happpy to hear that you have started to look out of your window for photo opportunities.. I am sure you would start loving your backyard, and would start exploring more in the future. Backyards of the house would be a better place for macro photography too..

Thanks a lot John. You encouragement will keep me going for sure!

Nidhi, I thought the background was black. Which one are you refering to?

It is beautiful makes me want to come and visit. Thanks.

@Rajani: Thanks for the comment. You are welcome to come and visit:)

@Prabhavathi: It certainly does. We just will have to sit and observe for sometime..