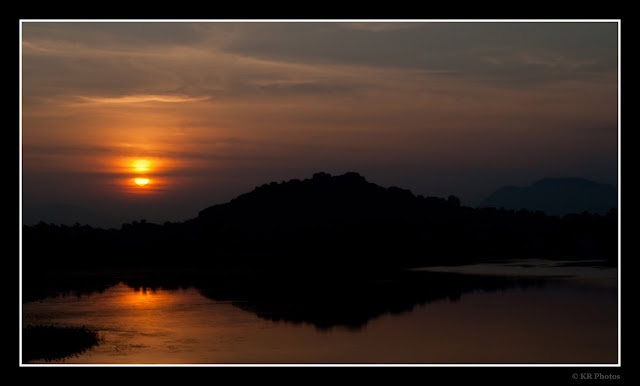 Click here for latest updates on Vedanthangal Bird Watching
I visited the Vedanthangal bird sanctuary a few weeks back to check out the migratory birds there. Though I am not sure if the birds I spotted have migrated from other countries or other parts of India, the numbers were quite good. Of course, some say that the number of visitors has gone down these days compared to some years back. But being a first timer, I found the numbers a bit over whelming. 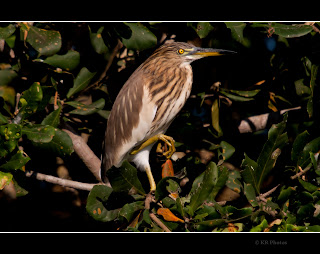 I started from Koyambedu by 5:15 am. Since I do not have a vehicle, I had to take the bus. There is no direct bus to Vendanthangal. So I took a bus to Tambaram and reached about an hour’s time. But the bus from Tambaram to Vedanthangal was a nightmare. First it was too slow for the almost empty GST road. Then it halted in Chengalpet for about 30 minutes for getting more passengers. By the time I reached the Vedanthangal town it was about 8:00am. To add to my frustration the bus halted again there for the drivers to have breakfast. The sanctuary is about 2km from there. I approached a local guy and got dropped in the sanctuary in his motor cycle. By the time I reached the sanctuary it was about 8:30am! What a waste of time in travelling. My advice to anyone who is visiting this place is to visit in their own vehicle and not depend on the public transport!
Once I reached there I spent about 3 hours watching the birds busy in collecting twigs and other stuff for nesting. There was a constant chatter from the birds and surprisingly there were quite a lot of people visiting the place. I was not able to photograph all that I spotted. One major put off was that I did not carry my tripod. Lazy me! I could have got some better photographs had I taken a tripod. Anyway here is a list birds that I spotted. 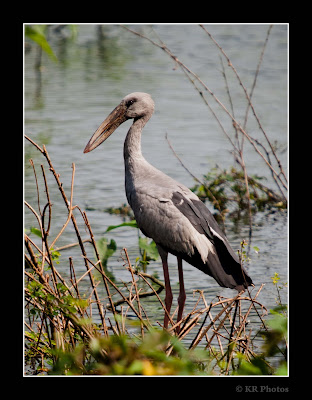 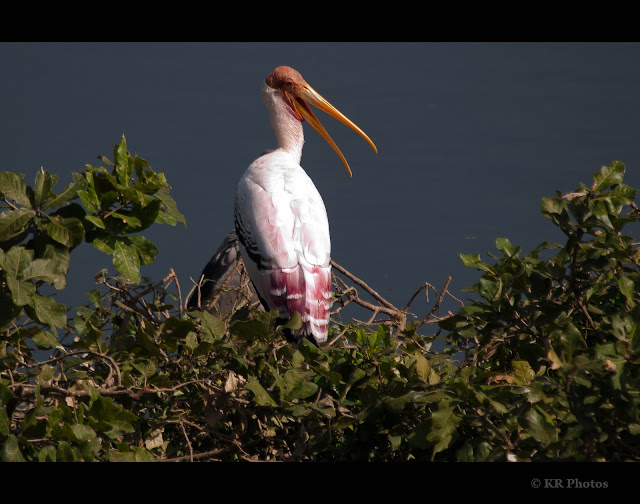 Great photos. Please post the photo details : Exposure, ISO and other details (like you did for your earlier snaps) which can give an insight to amateurs like me.

Did you visit Ranganatittu Bird Sanctuary near Mysore anytime? I spotted Herons and lot of birds there.

Well, certainly you lost time, but don't seem to have missed too much...and you seem to have done pretty well without a tripod!

@Praveen: Good point. I will update the blog soon with the details.
I do want to visit the Rengannathittu Sanctuary, but have not got an opportunity yet. Will plan sometime later this year or early next year.

@Deepa: I am sure lighting in the morning would have made the photos better. Thanks for those encouraging words.

This place is in my hitlist... will plan a visit soon

The painted stork looks like it is laughing. Each of your bird pictures are wonderful. The sunset is gorgeous! You sure have stories to tell about the transportation each time you take a trip!

@Nidhi: Make sure you visit within this month or you will not see the migratory birds. If your interest is just bird watching, I can recommend a few other places around Chennai.

gorgeous sunset and the nice and clear birds!

Wonderful pics , thanks for sharing .

Thanks Joshie and Team G Square.

I Love the sunrise. but i missed the trip ram

@Rajasekar: Let us plan something this weekend then...

Would love to visit this place soon!
--
Sumedh

luved the pics - and my fav is (from flickr) the open billed stork take-off. even the sunset pic is framed well. keep sharing.

@Sumedh: It will be good to visit the place during the migratory season. You can see lots of immigrants.

@Sandeep: Those are encouraging. Thanks.

Absolutely stunning! I can't get over the colors. I'm bookmarking your page and will be back often.

After winning massive two or 3 times, have the ability to|you possibly can} be sure that|ensure that|make certain that} 카지노사이트 your fortunes are about to shift. The Chinese have always been identified as gamblers, they usually accept this. However, aside from state lotteries, the people of China have not been uncovered to a situation where games have been legitimized and ma... The goal of the current study was to grasp the clinical and social building of pathological gamblers in Macau. In Macau, they're called Paichai (扒仔), which literally means “to seize cash from others.”... Despite the vary of free services obtainable in Australia, few household and pals of individuals with problem gambling access them.

In the 1980s in the U.K., machines embodying microprocessors turned frequent. These used a number of|numerous|a selection of} features to make sure the payout was managed within the limits of the playing legislation. The drums themselves had been pushed by stepper motors, managed by the processor and with proximity sensors monitoring the position of the drums. A "look-up desk" inside the software allows the processor to know what symbols had been being displayed 카지노사이트 on the drums to the gambler.