Olympus 70-300mm Lens - Less Light
Off late there had been a lot of discussion on the quality of the Olympus 4/3 ZD 70 - 300mm Lens﻿. It is agreed that this is a Standard Lens and not a great performer, but I feel this lens justifies the price point.
Though many may disagree to this based on their experience, I have always had more than decent results with this lens in terms of IQ, sharpness and ability to focus.
My lens had lost its focusing motor a couple of years back when I dropped it in a hard floor accidentally. For many reasons, I had not given it for service, but thought I should resurrect it when I started feeling that my "Bigma's" quality is not up to my expectation any more.
Though the 70-300 does not have the reach of the Bigma, I feel the 70-300 lens' IQ is definitely much better than the Bigma at the same focal length. I am planning to test that shortly, under practical conditions.
So, here are my take about the lens and some photos I took in the last few days. I have the E-5 body, so all photos were shot with the E-5 and 70-300mm combo.
I would like to mention the following points before going to the photos.
1. All photos were taken in less than good light conditions during the shady places.
2. I have done Exposure Correction using Lightroom and no other processing.
3. I have NOT done any processing or correction that will push the sharpness of the images.
4. Since most of these shots are for testing, it may not be best of photos.
5. All photos were shot at 300mm focal length, except the last 2 ones.
6. All photos were shot with slower shutter speed than normal since the light was low.
I did not want to push up the ISO. Higher ISO under low light conditions tends to get the noise levels a bit too high in the Olympus models, as we know. I did not want to do any processing that will impact the sharpness of the image! 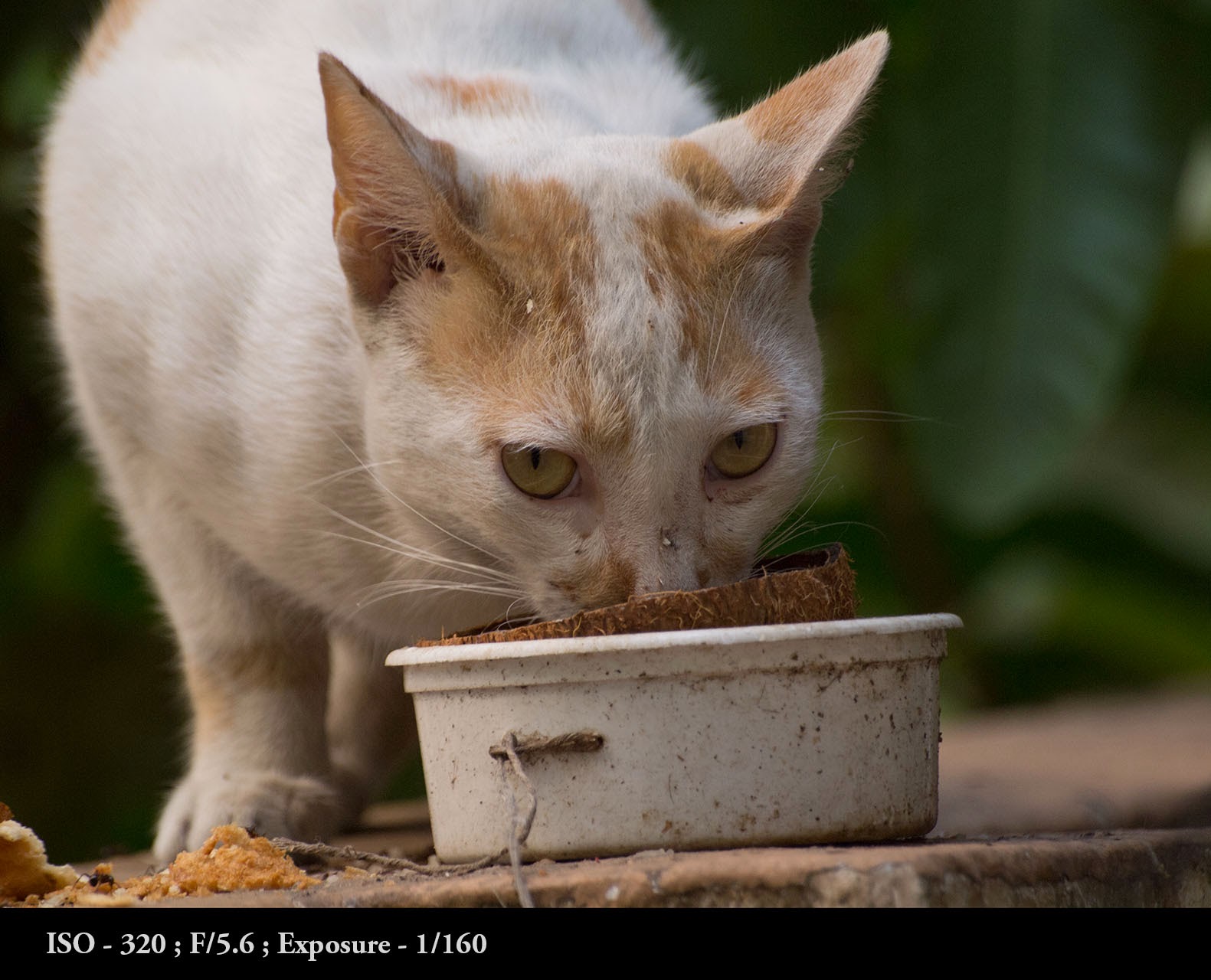 No exposure correction was done on this one. The lighter colour of the cat definitely helped in getting a focus instantly even though it was in the shade happily having its share of milk. 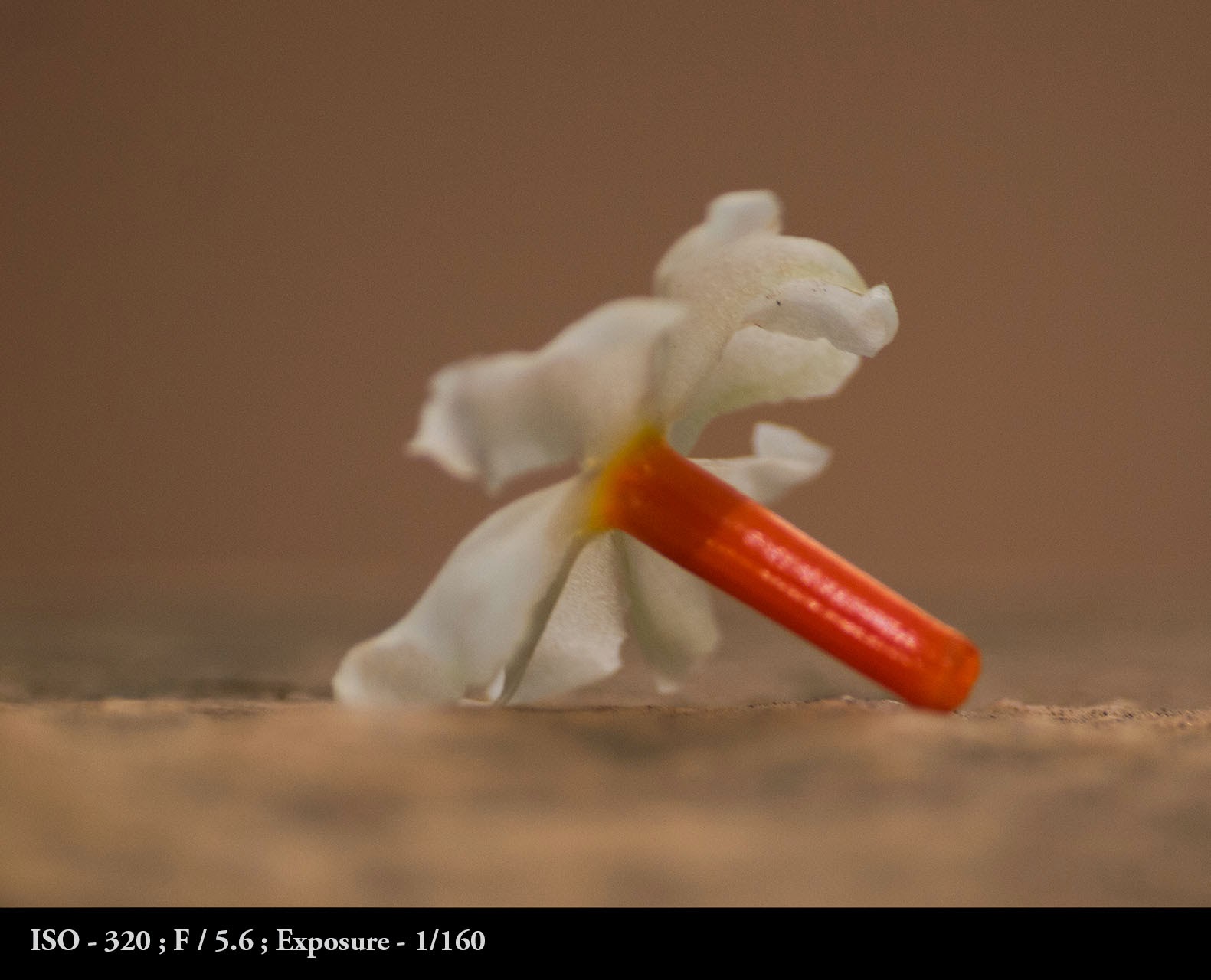 Well, not the sharpest photos. Though the lens did not have any problems in getting a focus, the flower moved a bit when there was a mild breeze!
In spite of the slow shutter for the 300mm focal length, I had to push the exposure quite a bit. 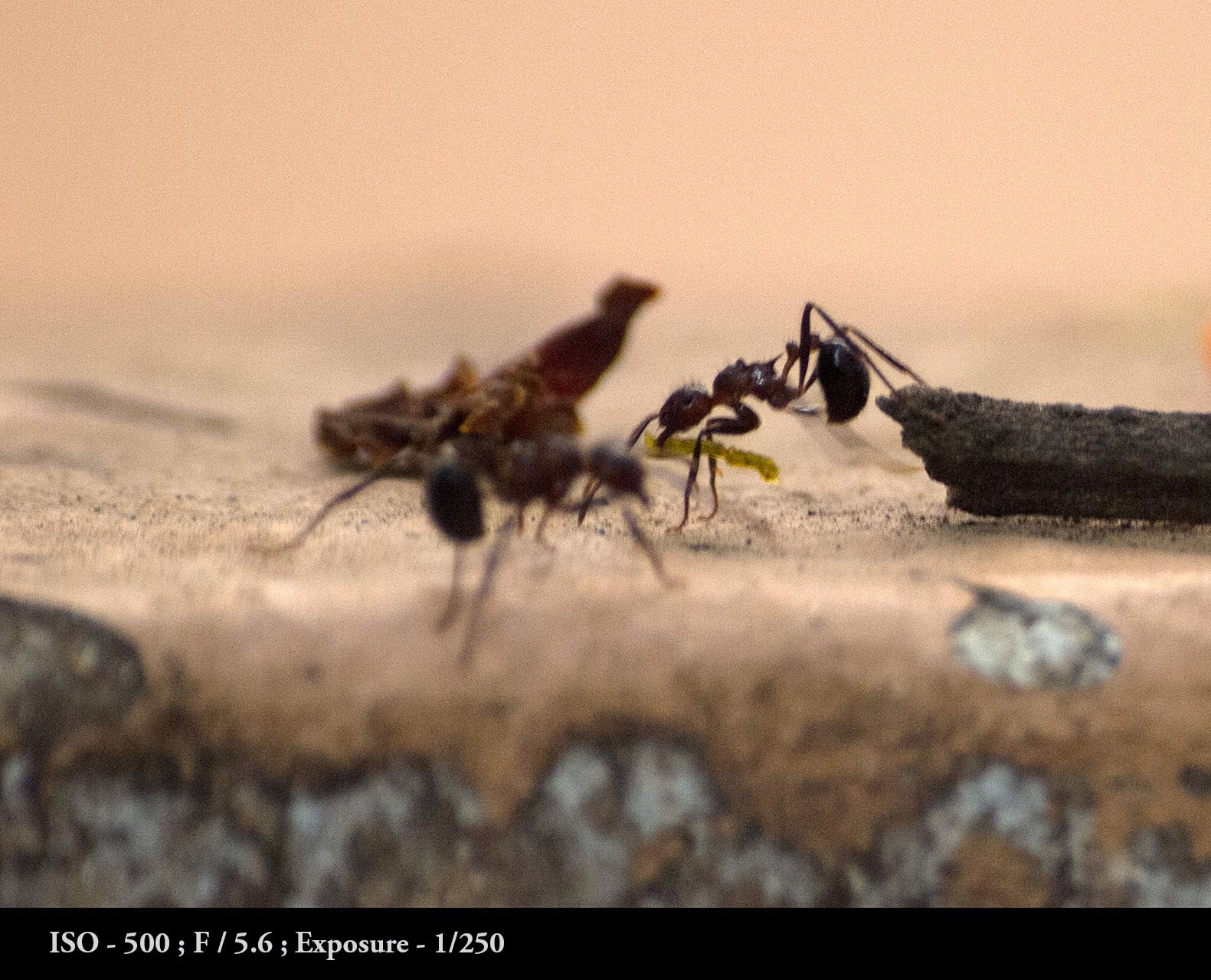 This one was a real challenge! The subject was tiny and moving fast apart from the less than good lighting. The focus was bang on, but the photo was blurry as the speed of ant was too much for the 1/250 shutter speed! The lens DID take a second to lock focus as the ant was quite small and moving at a good pace. 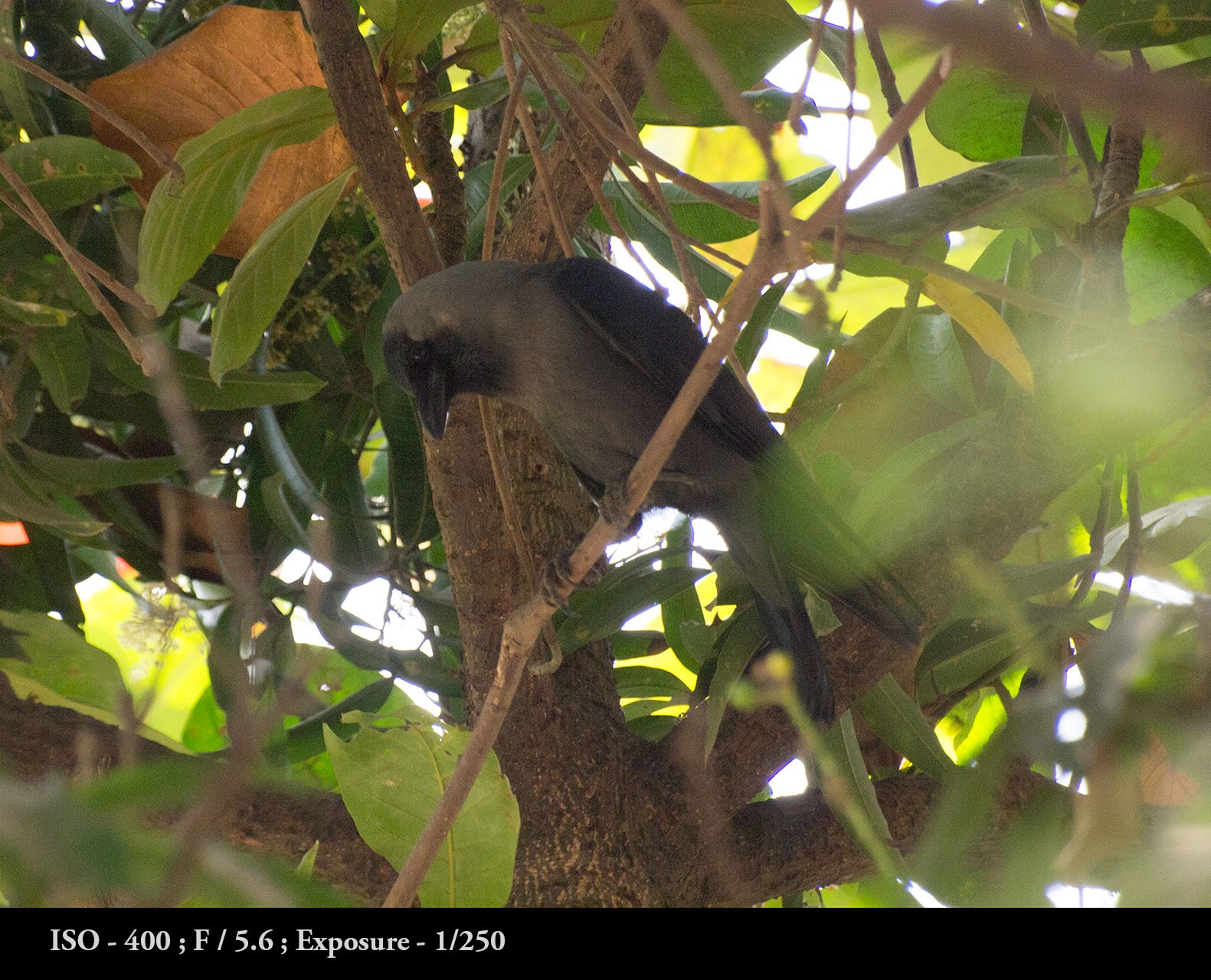 This one was the best! The crow was sitting under complete shade. The 400 ISO and comparatively slow shutter was definitely not enough.
I have pushed the exposure real high in the post processing to get this level of exposure. I am sure it will be evident from the noise levels of the photo.
But guess what? The lens locked focus INSTANTLY! No problems in getting the focus. 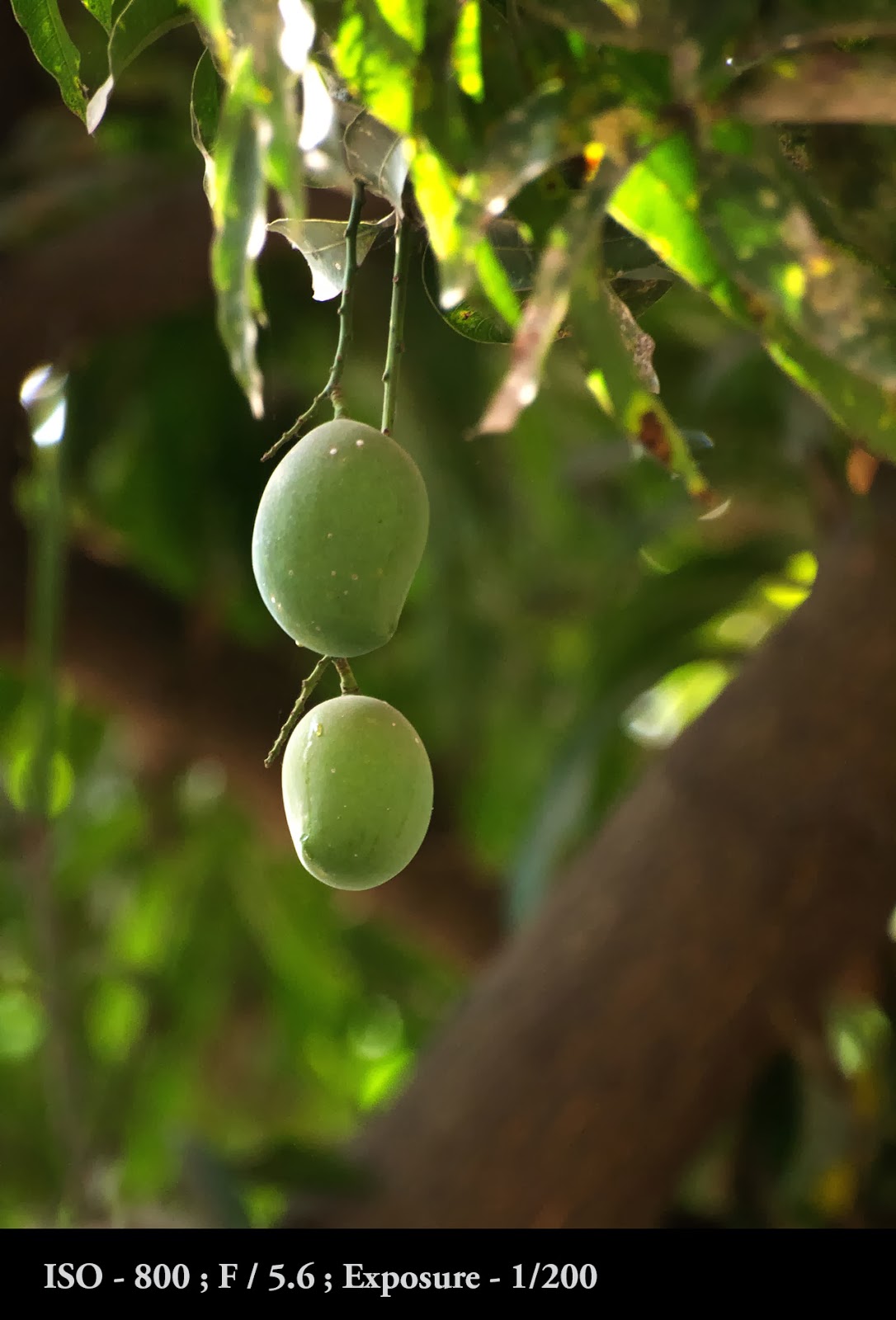 It may seem that the subject was receiving light, but that is certainly not the case. The ISO has been pushed to 800 with slow shutter in this. The lens DID struggle in this one to gain focus because the light was low and the background colour the same as the subject! No contrast at all. I have adjusted the contrast a bit in the post processing.
I zoomed out completely; locked focus and then zoomed in to gain focus. But I had to do this only once. I tried refocusing this subject again after taking a couple of shots of other subjects and it did lock focus faster than it did before.

The next 2 photos were taken completely in Low Light! 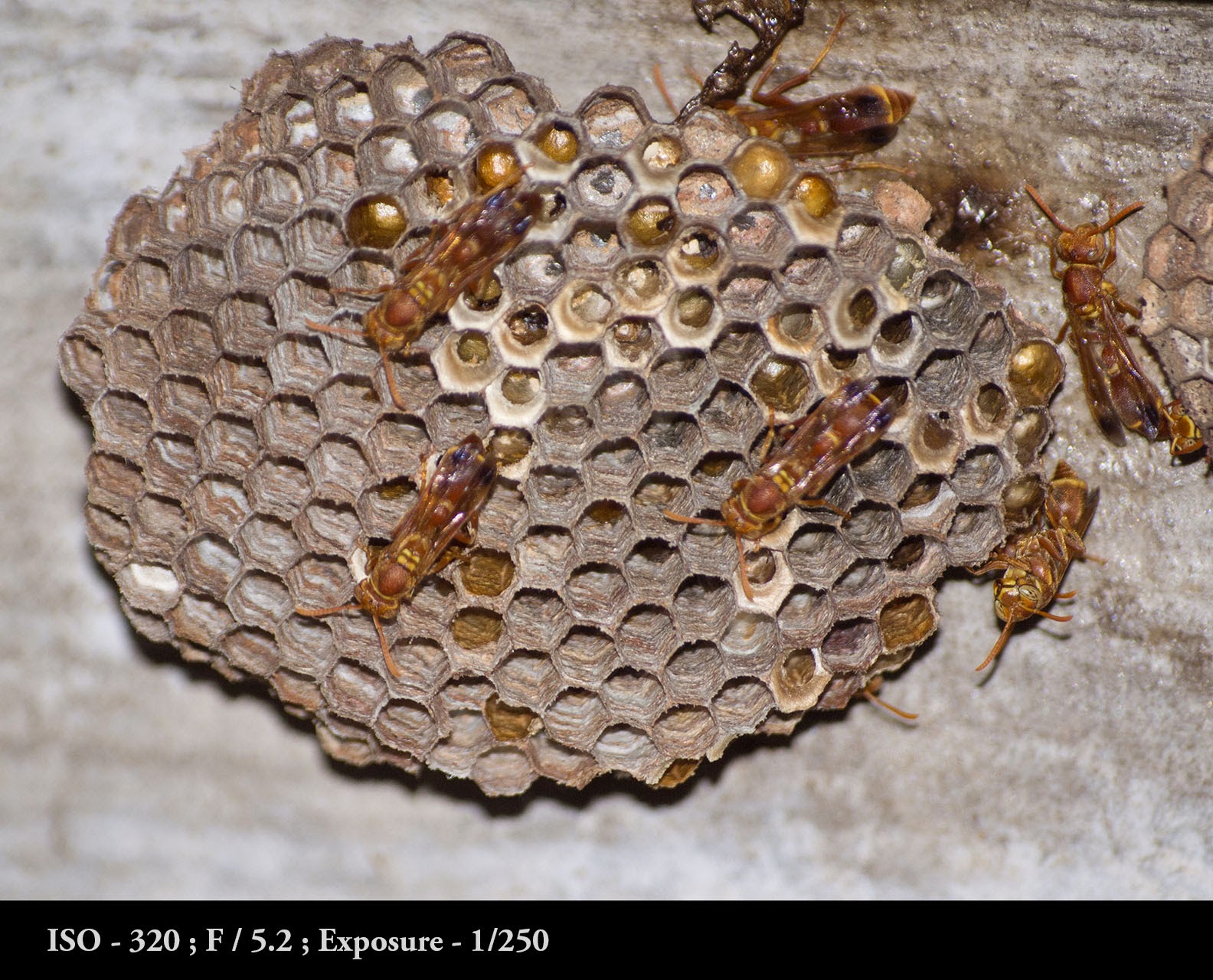 Agree, not a pleasant looking subject at all! But this was one of the difficult shot. The bees were building  a hive under a shed under complete shade. Even with naked eyes one would not have spotted it unless they knew it was there.
There is no way the lens was going to gain a focus without the flash. I used the onboard flash to photograph this and no other correction was done in this! 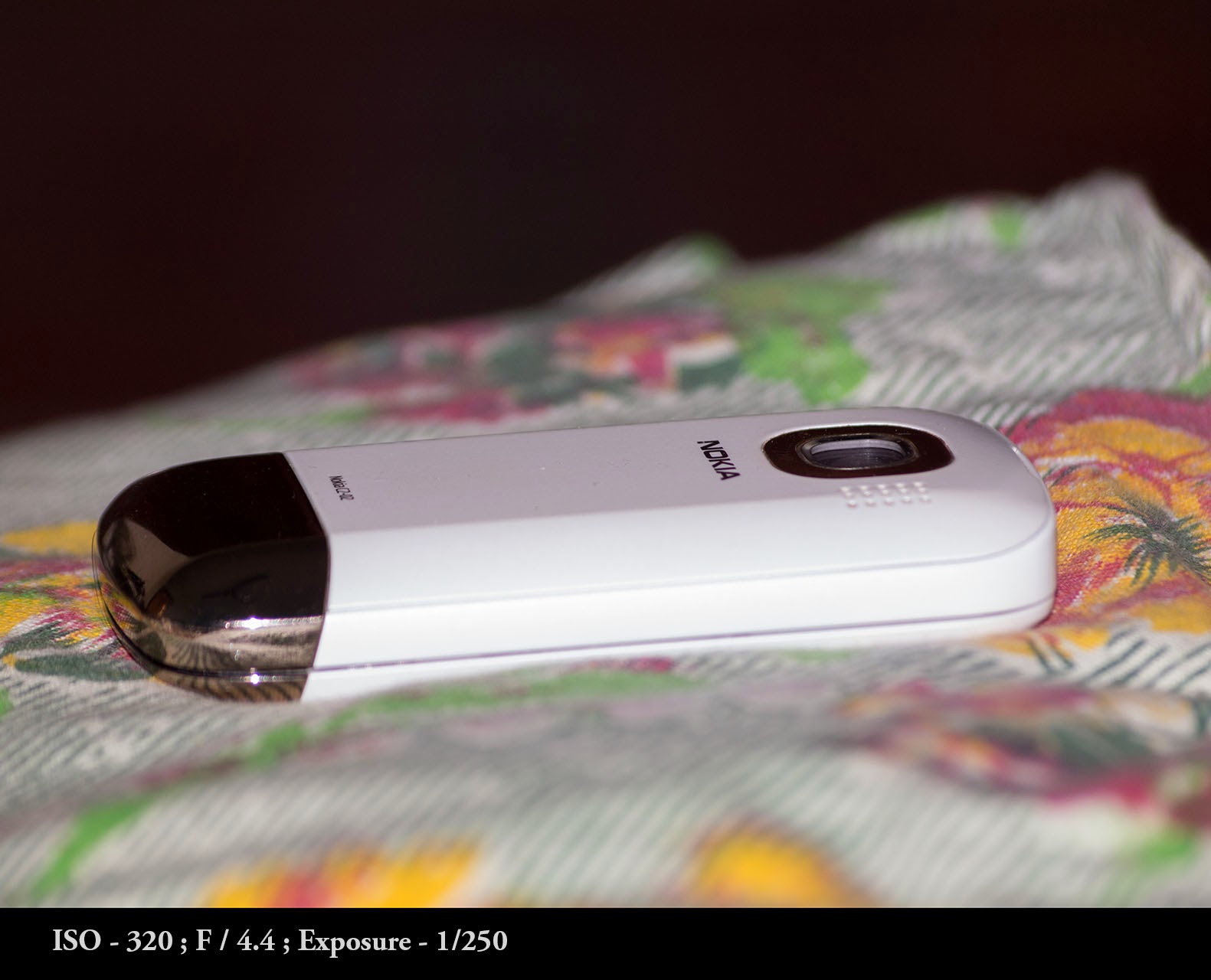 This again was taken inside the house with very low light. For this shot, I have used the flash, but the lens did achieve focus without the flash, just that the image was quite unusable.
There was a tiny reflection of light in the metal part which I used to my advantage and the lens did lock focus in about a second. I don't think that is too bad for a "Standard" lens.
These are my take on the lens. I am also planning to post a similar article of photos taken in GOOD Lighting conditions where, I think, the lens really delivers its best!
Your opinions and experiences are most welcome!
Posted by Trails of a Traveler at Sunday, February 02, 2014